I Reviewed 99 Recent Poetry Collections—Here’s What I Found

12 writing lessons sent to your inbox -- complete at your own pace! 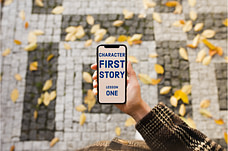 Aristotle Got it Wrong

Get my guide for improving your writing style

How to start a side-business teaching something you love

Matthew Buckley Smith read 99 new collections of poetry and attempted to say what he had learned, from them, about the nature of poetry today.

His thesis, put simply, is that contemporary poets, or their poems, seem to lack a clear interest in (or a reliable set of techniques for) affecting the reader.

“Whimsy” is the dominant mode, even in serious, heartfelt works.

… I was humbled by the number of books that had obviously been written by smart, skilled, knowledgeable people. Poetry may have outlived its golden youth, but it does not lack for capable, educated writers willing to give their lives to the practice of it. We are as a culture rich in poets. It’s a shame so few of them know what they’re doing.

I mean this literally. I don’t mean that many of these poets are not doing the thing they ought to be doing. I mean the thing they are doing is not a thing they themselves know. They are working so hard, with so much hope and encouragement and training, and yet one cannot help thinking they have made a terrible mistake. They touch pen to paper the way a proton touches a lead ion in a particle accelerator. The product isn’t gibberish. It’s whimsy. Reading these poets—most poets—is not like watching someone have a seizure. It’s like watching someone doodle. And as with doodling, factors other than mere momentary impulse contribute to the result. Allowances are made for preference, for precedent, and often for some poetic project (decided upon and laboriously carried out regardless of anyone’s interest or enjoyment). I have no desire to say that any one of these books doesn’t count as poetry or doesn’t meet some standard of quality that we should all agree on. Poetry today, as we have seen, will not tolerate definition. So, in place of any absolute criterion for identifying the poetry-ness of poetry, what I propose instead is a thought experiment.

Imagine, for a moment, there is no such thing as poetry. No genre, no vocation, no half-shelf by the bathrooms in the corner of the bookstore. No poetry unit in your fifth-grade Language Arts class, no poem as lovely as a tree, no unacknowledged legislators of the world, no poem read by Garrison Keillor every morning on The Writer’s Almanac. No slam, no Def Jam, no Spoken Word, no National Poetry Month.

Imagine this. And then go back and reconsider the poems quoted throughout this essay. Don’t reconsider them as poems. They’re not poems. Poems are not a thing. If you had just come upon these lines—jotted in the margins of a novel, carved into a tree, scrawled on a scrap of paper somebody dropped on the floor—what would you assume you had found? A diary entry, a private letter, a crib sheet? Would you finish reading it, try to return it, keep it? Would you make a copy? Would you commit it to memory, or have it tattooed on your chest, or cut into your headstone? Would you bring it to the person you most cared about, and say, listen to me, right now, you absolutely have to hear this…? This thing you had found, on its own, without any of the fanfare of a literary category, what would this piece of writing do to you? Would it remind you of some other nameless, genre-less passage you read once in a Waffle House in high school? Would it inspire you? If so, would it have the same effect tomorrow, or a year from now, or twenty? You can put the question any way you want, but the basic idea goes like this: If there were no such thing as poetry, what would you make of the words you are reading? Now imagine this is how you look at every poem you read.

Here’s one possible consequence of reading this way: a few things stick, the rest disappear, the end. When I think over the 99 books I read for this review, I don’t remember specific collections, I remember specific poems. A year from now, when I’ve scrapped my notes and dropped off a few very full liquor boxes at the used book store and moved on to other reading and writing altogether, I imagine that almost everything I read in these collections will be, by me at least, totally forgotten. And if I remember anything, it will be one of the following poems:

To see the poems he recommends, read the whole post: I Reviewed 99 Recent Poetry Collections—Here’s What I Found — Partisan

PS I have to admit — I found that the design of his essay clashed a little with the argument he made. See what you think yourself. A lot of time seemed to be spent on a mostly formalist framework abuout lyricism that was in the end abandoned, and a more rhetorical focus taken up right at the end. I felt like he could have instead from the start explained what his key terms meant, and (for instance) worked through various examples of poems that were not whimsical, and explained why. But I think the project — to take a snap shot of contemporary poetry and look for commonalities — is very interesting indeed.

Aristotle Got it Wrong

Use this Bottom Section to Promote Your Offer