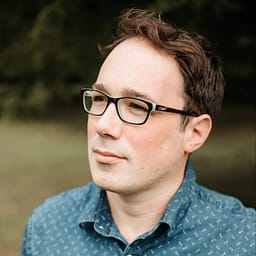 I'm delighted to share the inaugural newsletter from Reading with Daniel. This is my craft commentary for chapter one of the novel Jade City, by Fonda Lee. For this newsletter, I've picked out two techniques that I think are really worth studying in this opening chapter. Now, it's an incredible opening, and there are clearly more than two things to praise about it. You can comment on my examples and discuss them or present other craft flourishes that struck you.

I've also included an interactive prompt to help you try out Lee's technique of dropping in hints about her story's world -- in a story you are working on right now.

Feel free to share this newsletter, if you wish to, with friends and fellow writers.

Quick summary: in this chapter we meet two "would-be jade thieves" as well as Hilo, a powerful representative of the No Peak clan. Hilo is troubled by reports of another clan seemingly trying to assert power over a neutral area of the city, The Armpit, and by the disappearance of Three-Fingered Gee, a "black market jade carver." As the scene progresses, we see Bero botch his attempted robbery, attempt to use the magic of jade to escape, only to be quickly caught by one of Hilo's more experienced jade users.

Technique 1: The role of dialogue

Two quick ideas about dialogue: good dialogue in a novel, most of the time, should be quick, expressing one idea or image or "thing" at a time -- and it should only rarely used for pure exposition.

In real life, we all meander through chaotic half-sentences, repeating ourselves, lurching from one half-finished verbal gesture to another. If you ever have to transcribe your own speech, you'll see what I mean. It's pretty shocking.

In fiction, however, representing this aspect of speech accurately tends to make your characters either look frantic and hyper, or your dialogue look "inauthentic" and unprofessional, or your writing style look "experimental and literary." The worse news is that it's hard to predict which of these results you will get: you often don't get to pick the reader response to your "realistic" dialogue.

Instead, good dialogue in fiction tends to be terse and to the point. If you need a character to say two things at once, break up their dialogue with a moment of action or narration in the middle.

“Shon Ju says there’s been trouble in the Armpit,” said Maik Kehn, leaning in to speak discreetly under the blanket of background noise. “A bunch of kids shaking down businesses.”

In the scene, Maik Tar is kind enough to ask a question that allows our original speaker, Mail Kehn, to keep talking.

His younger brother, Maik Tar, reached across the table with his chopsticks to pluck at the plate of crispy squid balls.
“What kind of kids are we talking about?”
“Low-level Fingers. Young toughs with no more than a piece or two of jade.”

Now, of course, Fonda Lee could have omitted the question from Tar and his squid balls. We would have lost the nice physical gesture and setting detail of the food, but we would have sped up the scene. Kehn could have just said all four sentences at once; they are, after all, all about the same idea. But this would likely sound awful. It would have sounded like those clunky opening scenes in Victorian plays where the servants helpfully explain to each other the history of the family and the house. In reality, the reader's experience would be slowed down, having to wade through a block of dialogue.

This principle touches the next challenge of good dialogue: it is not generally used for exposition. Characters use dialogue to persuade, to justify themselves, to seek out answers, to show their personality -- to affect other characters. But even when someone is explaining something to someone else, it's best to move as much of the actual exposition into narration. Free up the dialogue to be memorable, fun, and light.

The third man at the table wore an uncharacteristically pensive frown. “Even the littlest Fingers are clan soldiers. They take orders from their Fists, and Fists from their Horn.” The Armpit district had always been disputed territory, but directly threatening establishments affiliated with the No Peak clan was too bold to be the work of careless hoodlums. “It smells like someone’s pissing on us.”

Had Hilo said himself, in dialogue, the lines about the Armpit being "disputed territory," the result would likely seem inauthentic. His first two sentences ("Even the littlest Fingers...") work because they are showing him disagree with the earlier statement by Kehn. That's the kind of thing he would say. But the lines about the Armpit being neutral ground would be disastrous for him to say as dialogue. Why is he telling the two brothers that? They already know it. Instead, Lee wisely moves this information into narration, allowing the narrator to explain to us, the reader, the context of this conversation.

This clarity -- the narrator stepping in to give us a little extra info -- then allows for the brilliant line of dialogue: “It smells like someone’s pissing on us.” Wonderful! Had that sentence of exposition not been included in the middle, breaking up Hilo's dialogue, this amazing line might not have the same impact (by the time it arrived, the reader would be getting exhausted after three full sentences in a block of dialogue) and we might also have to guess at its meaning (the narrator's exposition helpfully translates the characters' terminology, such as "kids" and "littlest Fingers," into "hoodlums," a word we already know).

"MAKE A POINT." NARRATIVE EXPLANATION TO CLARIFY THE POINT. "PUNCHLINE."

Technique two: hinting at the mystery.

One principle of exposition that will improve most manuscripts: what the character wants in the scene should always be clear. Everything else can just be hinted at.

In other words, the reader should only rarely be unsure what the character wants in a scene, what they think is going to happen, and how well they think things are moving for them.

Re-read the chapter to see how clearly and precisely Lee explains Bero's plan: we learn how he plans to do the robbery, how he understands himself ("he had what it took to be somebody"), why he needs a partner to carry it out and what he thinks of that partner... If we were just watching this Bero guy check his gun, like an actor in a heist film, we would likely be (on some level) confused. Or just plain unmoved by the events being described. Why is any of this happening?

(A failure to execute this principle is what makes much of the new fiction you read in writing classes, beta reads workshops etc so hard to read. You constantly have to guess why the character is doing something. And I've definitely been guilty of this in my own writing!)

But Lee is just brilliant here. She lays out Bero's worldview and attitude towards his own plan, updating us as he worries and frets about the plan, explaining his own view of what will happen: "After tonight, he wouldn't be in this waiter's uniform anymore."

(In the following chapter, she does the same thing as Hilo decides what to do with the fallout from the failed robbery, showing him calculate the right response towards each party.)

HOWEVER, even though Lee talks us through Bero's planning in massive detail, so we can feel and experience his tension (because we understand what is at stake), she does not choose to give us a long complex lecture about how jade works in this fictional world. She seems to have decided to hold that back for later, or, instead, to "show" its role in the story via a series of hints, examples, references, demonstrations and so on.

As readers, we absolutely need to know what Bero is thinking, feeling, and anticipating in his scenes -- in order to get pleasure from reading the words on the page. But we do not need to understand, really, how the magic of this world works in chapter one. Likely, such a lecture explaining jade would not only seem really clunky and slow at this point, but it would likely still leave us with questions unanswered.

Instead, Lee shows Bero obsessing over the jade that characters like Shon and the Malik brothers wear (note that in Hilo's opening scene in this chapter, he spends no time cataloguing who is wearing what jade -- why would he?), explains the role of Bero's partner in the plan, and, of course, gives us a few paragraphs of Bero getting to use the power of jade -- before being brought back to Earth.

Sometimes, when we write, we spend so long figuring stuff out about our stories that we feel compelled to "explain" things to the reader. We even start to wonder if we can add a helpful prologue where we explain a few more things. But this chapter shows us that what the reader needs to understand is what jade means to these characters, in this particular part of this setting. Readers don't need the full grimoire in chapter one. Rather, this chapter gives us a glimpse into what jade means to these characters, and what the shift from being a normal human to a jade-empowered one feels like. Through a series of hints ("This must be Lightness") we have a sense of how this magic works (characters can apparently get more alert, stronger, tougher, and faster with jade, and the quantity of jade seems to matter a lot -- the more the better).

But even though we have an omniscient narrator, who could just sit us down and talk us through what jade is, Lee chooses instead to take us there step by step. And I don't think any reader would feel confused or lost here.

To recap: my belief is that if the reader is absolutely clear what the characters feel, want, and understand -- especially in relation to their goals for the scene -- the reader will happily keep reading. We know the details of jade will be coming later. But if those character details are omitted, no amount of jade lore will compensate for our confusion about what those characters are doing, and why. We will be at best indifferent to the events being portrayed, and at worst bewildered.

All right! That's email one. Ready to try out this technique for yourself? Click the link, below, to try a prompt that encourages you to drip in, hint by hint, some larger component in your story's setting.

The prompt: Hints of your theme 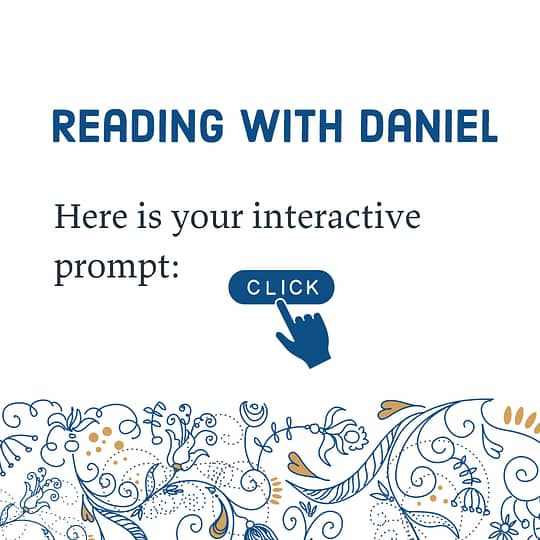 Wow. I'm so excited to get this newsletter going. And I think it's going to keep getting better as we read more novels.

For now -- what did you think of this newsletter? Interesting? Doubts? Questions? Send me a reply! And / or leave a comment, below!