For most novels, in almost every genre, “the hero’s journey” is NOT a good template for a plot.

The same is often true for the “three act structure.”

Well, in a novel, the reader begins the story looking for something to care about. She is looking for a character to focus on, a person or voice whose interests will illuminate the story for her.

And the way “the hero’s journey” is usually understood, the premise is that we meet our hero, in a relatively passive state. They are supposed to begin the tale at rest, in their home society, not really doing anything in particular. Then a crisis develops and this propels our hero into action.

This plot structure clearly works well in myths, because lots of myths seem to follow this pattern. The trouble for novelists, however, is that it creates two massive problems:

The protagonist is essentially passive for a large portion of the story. So, as a result, the novelist tends to use the early part of the tale to deliver backstory, world-building, and exposition.

But in a novel, we can’t read and enjoy the story if the magic of “care” isn’t working.

"Plot" is not about EVENTS

At the start of your novel, you should never feel like you have to hurry to a big event or dramatic scene. The goal, instead, is to establish for your reader the shifting and developing presence of "care."

To give a concrete example of this problem, I’m going to use a particular kind of novel, a “sword and sorcery” type of fantasy novel. This is simply because “the hero’s journey” is a popular template among aspiring fantasy writers.

It’s not because these principles ONLY apply to them. Writers of serious, literary, or family-based novels should simply replace talk of “world-building” with “painful memories of the past,” for instance, to make the following example work for them, too.

Here’s why the hero’s journey doesn’t work in most types of fantasy novel. When I read most aspiring writers’ fantasy manuscripts, what I see is that the hero is meant to be the heir to a great magical tradition, or an innocent plucked from the crowd and thrown into a grand supernatural conflict. When we meet them, in other words, their story has not yet begun.

But as a result, once the action begins, such a character is passive, being pushed and guided through the plot by events, by the actions of shadowy external figures. They don’t really have a stake in the tale at first — other than the desire not to die. They are just doing what they are told.

This tends to leave the story feeling rather cold, rather empty. All the energy and movement is with poorly understood secondary characters, the people in hats and cloaks who do know what’s going on.

Additionally, because the writer knows that she isn’t supposed to start with the main plot straight away, she isn’t sure what material to put in the early chapters. So she ends up stuffing the opening chapters with exposition, backstory, world-building, or by opening with a story that’s too complicated and multi-faceted for the reader to follow (because that chapter one “story” is actually just an excuse to deliver more exposition).

Often, even a well-intentioned reader finds that he simply cannot make progress on such a book. 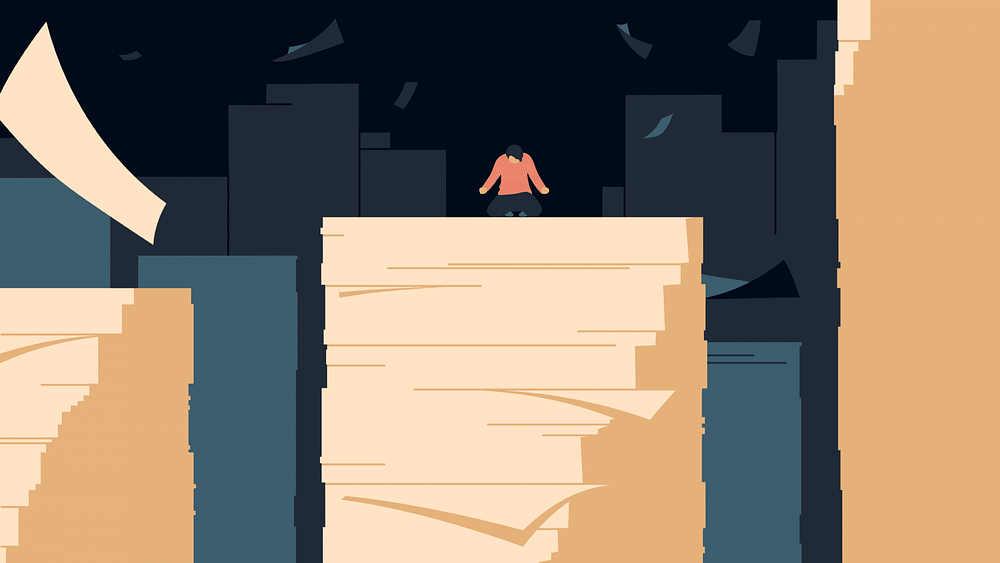 Trapped in the city of unfinished books...

Let’s look, instead, at a successful fantasy novel written by an experienced author, The Way of Kings, by Brandon Sanderson. Does that story introduce us to characters who are secret inheritors of strange powers? Well, it does, but these characters, when we meet them, are definitely not passive, nor are they waiting for the story to begin.

One character, Kaladin, is struggling to survive in a slave convoy; the other, Shallan, is trying to become a famous scholar’s apprentice. From the first page on which we meet them, they are already in motion. They are racing to accomplish their “projects.”

Sanderson is a master of the genre. And, if you read (or re-read) The Way of Kings, I encourage you to notice how he proceeds to spend hundreds of pages focusing on his two initial protagonists’ projects. Yes, there are lots of hints that bigger mysteries are just out of sight. Yes, there’s a prologue and a second prologue, in which lots of big magical stuff is depicted. But once the story gets going, Sanderson settles down to the actual work of the novel, and focuses most of his energy on his two main characters. And he doesn’t drop either character’s initial interest (or “project”) once chapter one is over.

Rather, he does the opposite. Kaladin’s struggle to survive becomes only more challenging and intense; Shallan’s attempt to become an apprentice fail again and again, in increasingly serious and embarrassing ways. Sanderson spends more pages on these seemingly “small” quests than some writers do on their entire novels (The Way of Kings is 1,000 pages long).

Why is Sanderson doing this? Why is he so interested in whether Kaladin can battle through slavery? Because he’s teaching us to care.

(This course will teach you, in step-by-step detail, how to construct a plot the way Sanderson does: a plot that puts characters first.)

Now, you probably can think of a few fantasy novels that do, in contrast, introduce us to characters who are fairly passive (at first), but which still build into powerful stories. The two that I can think of, however — the first Harry Potter novel and LeGuin’s A Wizard of Earthsea — both deploy, in their opening chapters, a very vivid and distinct narrator. We are encouraged, in other words, to relate to the voice of a storyteller, someone who is teaching us to care as they tell the story to us.

Similarly, the “three act structure,” while it may work wonderfully for films, also tends, when used by aspiring novelists, to produce the same passive characters and strange lull at the beginning. By the time the “inciting incident” has arrived, the reader is already lost.

Neither of these approaches are recommended for your novel. Instead, I encourage you to look, or look again, at novels where the story opens on a character already in motion.

Perhaps page one begins with a prologue, or a prelude, or a description of the setting. But once that initial material is over, we meet a character who is already doing something, of their own volition. They aren’t waiting for an Obi-wan to show up and give them a quest. They already got stuff to do.

Mrs Dalloway opens with the preparation for the evening’s party already underway, and things are sufficiently running behind that Clarice, the host, has to get the flowers herself.

The Age of Innocence begins just after Newland Archer has become engaged to May Welland; the first scene opens with him reflecting on the shift in his life, and his calculation of the best time to share their good news with the rest of New York society.

In other words, in the plot-writing framework we are going to become experts of, a main character begins the novel already embarked on a “project.”

And I’m going to discuss this idea of a “project” in more detail shortly.

But I think we’ve already established a powerful plotting principle:

Plot is care changing over time.

What does this mean? A novel teaches us to care about certain things, and then, as its story develops, we are guided / forced to change our stance, our interests.

Sometimes the reader runs ahead of the protagonist, because the shift in care has been sufficiently foreshadowed, and so the change is a relief, a reduction in the reader’s tension (the protagonist finally starts to use the magical powers that reader had figured out fifty pages earlier); sometimes, in contrast, the reader is shocked, and the shift in care boosts tension and unease (the reader cries out: “Bob is the murderer? No way! I liked Bob!”).

In other words: in good stories, stuff means something, and then things get complicated.

Action Steps for Care and Plot

Here's how to apply this technique to your writing:

What was the protagonist passionate about? Did they start caring about this at the start, or as the novel progressed?

Write a sentence or two about a moment in a novel where you sensed something surprising was coming, but its arrival still moved you.

What things does the protagonist of your story care about? Could you make them MORE passionate and engaged about one of those things? Would that change how you depicted that character on the page?

Module 1: How It Feels to Read a Good Book

The Power of Care

How to Set Limits on your Novel

Alternate Openings For Your ABC Plots

Start a Novel from Scratch

This How You Get Started
Log In to View Lessons

Preview of the NEXT course: "Write A Great Chapter"