Why You Need “Care”

In this course, I’m going to show you a detailed, step-by-step process for building up a chapter by chapter, scene by scene plan for your novel.

But also want to explain why I created the framework this way, so that you can see the underlying principles behind my advice. In other words, this course isn’t just teaching a model of a plot; it’s also teaching a premise for creating dozens of plots over the course of your writing life.

My goal is that, during this course, you will start using, or start using more, or start using in a newly focused way, one particular writing technique. It’s this technique which has shaped the planning and outlining structure I teach here.

In other words, it’s this technique which lies behind the advice I give on plot.

A novel should be fascinating from page one onwards...

And the simplest way to do that is to introduce the reader to a character who, at the moment we meet them, cares deeply about a need or concern: a goal, in other words, which that character is currently trying to reach.

The basic idea is simple: that “care” is central to good fiction.

Someone in the story “cares” intensely about certain elements of that story, and by listening to that person talk, or watching them take action, the reader learns to care about those same things.

In a classic Victorian novel, that person, the person who cares, is most frequently the narrator. In George Eliot’s Middlemarch or Anthony Trollope’s The Eustace Diamonds, an all-knowing narrator comments on events, interprets the characters’ decisions, and infuses the story’s massive stage with a distinct moral vision. We start to learn, with this narrator’s help, that right and wrong mean this, in a particular novel.

In a contemporary novel, however, it is much more likely that the person who cares is the protagonist, or one of a small number of protagonists. We sit close to that character, watching her react to events, hearing her justify her actions, feeling the story — to some extent — the same way she feels it.

There are definitely moments in contemporary fiction when an omniscient narrator returns. The opening chapters of the first Harry Potter novel, for instance: it is the narrator’s voice, not the baby Potter, who we are encouraged to bond with. And there are many novels told in first person, such as Gone Girl, where the protagonist are so self-conscious and aware about telling us a story that they act as part-time narrators.

Yet, because almost all the writers I work with want to write in a contemporary style, this course will assume that you, too, want to write a contemporary novel, not a 19th century one, and so the techniques we will learn and use will focus on the protagonist, not an omniscient narrator. As your reader follows your protagonist through the story, they will learn to care about the things the protagonist cares about, and they will learn the values of the story, too, from her reactions and experiences.

Unsuccessful novels fail to do this.

You can tell this strange alchemy is happening in your own work when people say “Wow!” or “I read the whole thing. Do you have any more?”

When it’s failing to happen in your own novel, it’s also easy to notice. You show people an excerpt and they respond with lukewarm feedback. Those same readers tell that they liked a particular character, or a particular scene (“That bit was GREAT!”). They say that they were a little confused​ about some other sections, and they maybe feel kind of stupid because they didn’t really grasp what was going on in chapter three.

These are hints that the “power of care” is not quite working yet in your novel. 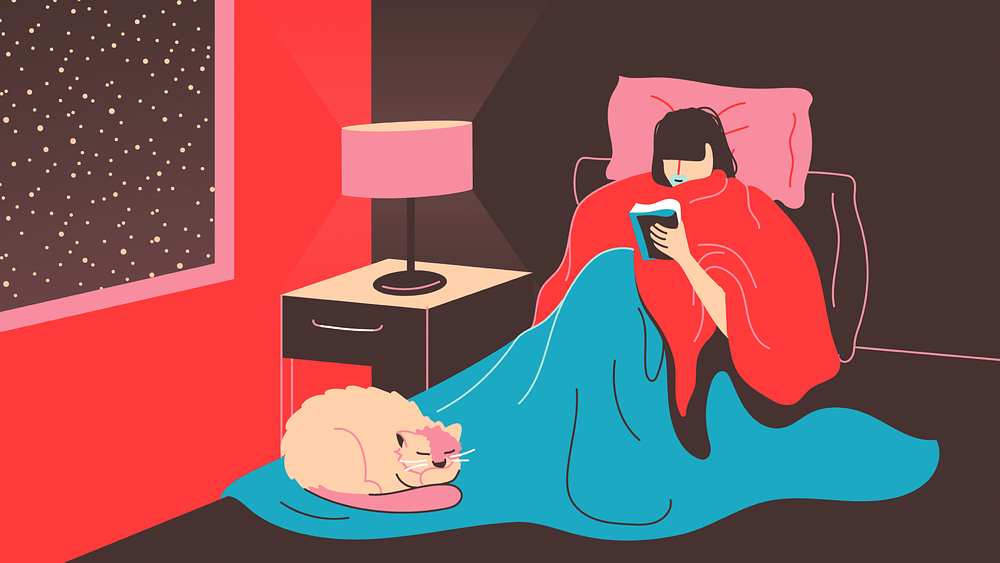 What kinds of books do you love to get lost in?

For me personally, when I finally figured this out, it was like a huge epiphany. It was like I had grasped the real core of the problem, at last.

But I worry, right now, that you are not very impressed by this “secret.”

It probably sounds like I am saying something vague and pointless like “good stories are good” or “successful novels are ones that readers enjoy reading.”

It might also sound like I am just repeating that common creative writing platitudes about “desire,” and how characters in fiction are supposed to “want something.”

However, as you’ll soon see, if we accept the significance of “care” in our fiction, it actually means some pretty extreme shifts in how many of us write.

Focusing our novels around this problem of “care,” once we have mastered the technique, will let us plot and plan our stories much more easily. We will be able to reach our readers in more powerful and straightforward ways.

Additionally, it will become much, much easier to describe your novel to people. You’ll be able to pitch your story in thirty seconds.

But at first, writing this way will probably feel a little weird. It may even feel uncomfortable. To truly apply this method to your work, you will have to do shift your approach to novel-writing.

Focusing the story around “care” will probably mean that:

I’m going to explain all of these points. And then I’m going to show you how to build a great plot for your novel.

But first, let me give you a practical example of this technique at work. Let me show you a famous author working to establish “care” in their story. It’s a moment I refer to a few times in the course videos: a paragraph from James Joyce’s famous story / novella, The Dead.

Here is the moment when I started to really understand how “care” worked. It was during my PhD, in a class on the work of James Joyce. I was sitting in a coffeeshop, re-reading this story for homework. I was reading a cheap second-hand copy of the story, and because I had a pen handy, I started circling words that repeated throughout the story.

As I circled more and more words, I started — to my amazement — to see links and connections between the story’s scenes. It was like a web or spiral of repeating motifs suddenly lit up, with repeating elements glowing on the page. I felt like the top of my head was coming off. 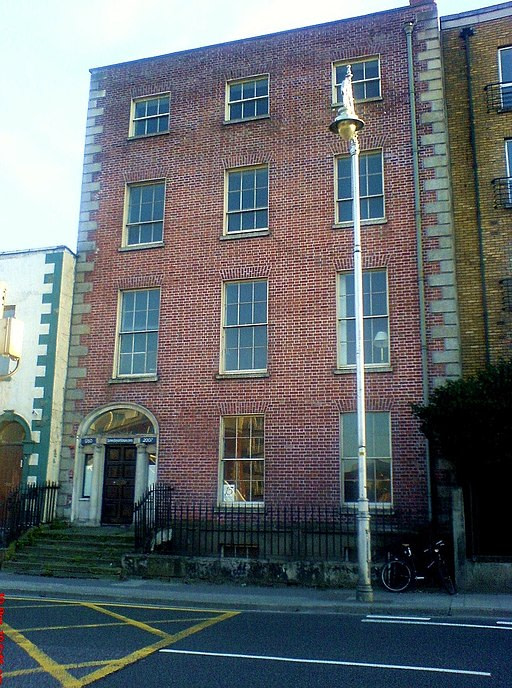 The real house in Dublin where The Dead is set

To a contemporary reader, The Dead may seem written in a slightly stuffy, old fashioned style, but at the time of publication, it struck James Joyce’s contemporaries as a fresh, strange, even jarring masterpiece.

Plus the story offers us writers an expert lesson in plotting, and is considered by many critics to have the best ending ever written in the English language.

So. This passage comes early in the story. A party is going on, and the main character, Gabriel Conroy, has just arrived. He is doing his best to be charming and helpful — the hosts of the party, his aunts, are relying on him to help them manage the guests and make the night go well. But he immediately misjudges an encounter with their maid, Lily, and offends her, making things very awkward.

—O, then, said Gabriel gaily, I suppose we'll be going to your wedding one of these fine days with your young man, eh?

The girl glanced back at him over her shoulder and said with great bitterness: —The men that is now is only all palaver and what they can get out of you.

Gabriel coloured as if he felt he had made a mistake...

A lesser writer would have just rolled on to the next scene. After all, aren’t there more “important” things to get to in the story? Don’t we need some “conflict” or a big dramatic moment?

But this is not what Joyce does. He instead slows the story down, and focuses his attention on Conroy’s reaction.

He waited outside the drawing-room door until the waltz should finish, listening to the skirts that swept against it and to the shuffling of feet. He was still discomposed by the girl's bitter and sudden retort. It had cast a gloom over him which he tried to dispel by arranging his cuffs and the bows of his tie. Then he took from his waistcoat pocket a little paper and glanced at the headings he had made for his speech. He was undecided about the lines from Robert Browning for he feared they would be above the heads of his hearers. Some quotation that they could recognise from Shakespeare or from the Melodies would be better. The indelicate clacking of the men's heels and the shuffling of their soles reminded him that their grade of culture differed from his. He would only make himself ridiculous by quoting poetry to them which they could not understand. They would think that he was airing his superior education. He would fail with them just as he had failed with the girl in the pantry. He had taken up a wrong tone. His whole speech was a mistake from first to last, an utter failure.

This passage points back to the scene that has just finished and forwards to the main events of the party still to come. It is teaching us what the awkward conversation with Lily means. We are learning what to expect in the story, and, even more importantly, what to care about.

This is just one moment, of course, of “meaning teaching” in the story. There are others: it’s not ONLY a story about fitting in and being successful at after-dinner speeches. But this is a key moment where a certain part of the story’s values are laid down.

That perhaps sounds awfully abstract. But look what else is happening in this passage. We are being prepared for the major plot twists, too. On the one hand, Conroy’s speech will actually end up being a huge success, but, on the other, as the night goes on, he will keep getting into disagreements with women, each encounter striking closer and closer to his sense of self, his emotional core. The unexpected success, when it arrives, will feel Conroy and his reader with relief; the recurring theme of arguing with important women fills him with dismay and shame.

This is the writer teaching us how to care.

As I’ve said before, this idea of “care” may seem like not a big deal. But if we pause and really think about it, it quickly starts to solve a series of common problems in novel writing. The concept starts to clarify things about our writing processes that previously seemed cloudy, opaque.

Here’s the first insight, which I’ll cover in the next essay:

why “the hero’s journey” is not actually a good plotting model for most novels.

Module 1: How It Feels to Read a Good Book

The Power of Care

How to Set Limits on your Novel

Alternate Openings For Your ABC Plots

Start a Novel from Scratch

This How You Get Started
Log In to View Lessons

Preview of the NEXT course: "Write A Great Chapter"