Are You Ready to write more comfortably and more confidently... Knowing that each chapter you draft is good?

Watch the full training session on keeping your reader happy and engaged.

Pay for the course over four months

a month for 4 months

Pay for the course once

Do you want to write great scenes and chapters that keep your reader turning pages?

Do you want the confidence that you are delivering great dialogue, thrilling drama, and meaningful conflict?

Do you want to stop hearing your readers say things like, "Well, yeah, I liked the story, but I didn't get why he bought the chicken. What was that part about?"

If so: I designed this course for you.

"Daniel is a genuine problem solver – a story whisperer! Now I’m motivated and working on what is becoming my best work." 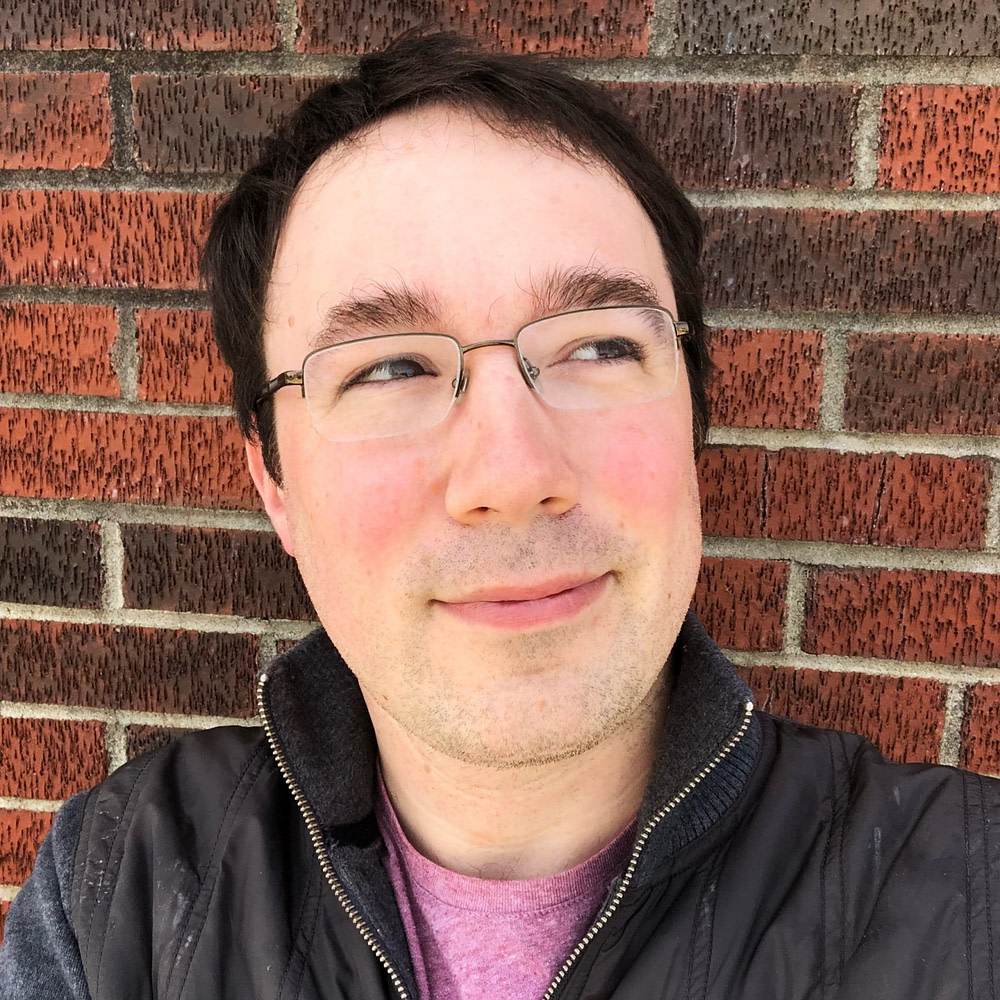 Several years ago, I arrived in the United States to begin a degree in creative writing. I had won an expensive fellowship and earned my place ahead of dozens of other writers.

I wasn't sure if the program would be a good one, but I wasn't too worried about that: I had prepared myself with serious years of solo study: reading plotting textbooks, copying out lines from classic poems, and keeping to a strict writing routine.

However, when I started sharing my work with colleagues and mentors, I discovered something distressing, something I would never have predicted:

No one understood what my stories were supposed to be about.

I was bewildered. None of the craft books I had read had warned me about this. In fact, many of the authors I followed asserted that a real writer didn't try to "dumb down" or "spoon-feed the reader." They talked as though being unusual and different was a good thing...

But this didn't seem to be the good result I had been promised.

Readers complained that they didn't understand why these two characters disliked each other.

They couldn't make sense of that scene in the woods with the butterfly.

They asked me crazy, insane questions, like why the character still loved this guy who was so mean to him... And when I politely explained that the character DID change in the final scene, that the shift was RIGHT THERE on the page, that the whole story had led up to this plot twist -- well, these people just nodded, vaguely, and confessed they maybe weren't great readers.

Something was really wrong.

And -- even worse -- it wasn't clear what the problem was.

Colleagues said that I was clearly a good writer. Classmates could point out plot twists or descriptive passages they admired. I kept winning scholarships and minor awards.

Yet I never seemed able to write a story that made people say "wow."

And this was the only thing I wanted.

Slowly, gradually, I began to figure out what wasn't working. I sat alone in coffeeshops, copying out great scenes from famous novels, circling repeating words, noting each time the narrator spoke. I took classes in narrative theory, reading essays on reading and story structure from serious Russians and melancholy Germans.

Now I could stand in front of one hundred tired people, reading them just a few scenes of a story, and keep their attention, hearing them laugh as the character's frustrations grew. Now I had a process for editing and fixing my own stories, checking them for moments when the clarity or energy weakened.

I began teaching other writers how to design their story's dramatic moments "character-first."

That's what this course is going to equip you to do. 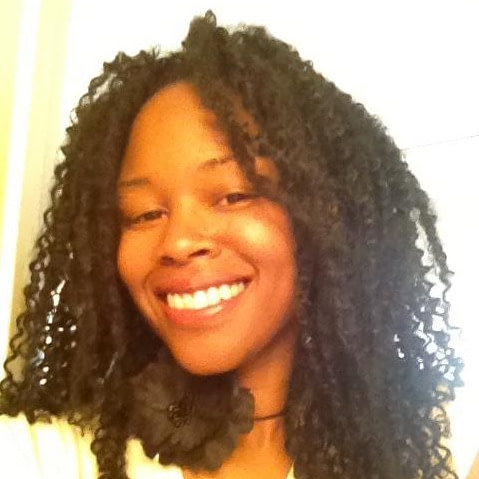 "Not all good writers are good teachers, but Daniel David Wallace (a talented, thoughtful writer himself) is a terrific instructor.

Daniel is attentive to plot, structure, character, and other high-level narrative elements, but you’ll appreciate his ability to zoom in closely on language and sentence-level concerns.

If you can take a class with him, do it!"

Here's why you should be writing your pages, scenes, and chapters "character-first":

By keeping the reader close to your main character, and giving that reader the right information so that they can appreciate what is going on, you'll be able to construct dramatic scenes that build to powerful, significant turning points.

Character-first writing will help you get past the surface questions of character creation: you'll be able to present characters that your reader will get to know on a deep, moving level. Additionally, while these fictional people will seem "realistic" to the reader, they'll also be great tools for your plot, and despite their best efforts, such characters will end up getting into difficult situations again and again.

Flow from Scene to Scene

Many writers struggle to keep the story running smoothly from one location or dramatic encounter to the next. Character-first writing allows you to keep the reader vividly aware of the character's state of mind (their goals, fears, and expectations) as they turn page after page.

Character-first writing makes you an expert at presenting the reader with clues that he doesn't quite notice, or doesn't quite pay attention to. No more info dumps. No more plot twists that no reader cares about. No more opaque characters that your reader finds unremarkable and bland.

Character-first writing also treats the setting of your story as a character, and you'll introduce elements of your fictional world with the same variety and drama you would a regular character, allowing your reader to feel engrossed and at ease in the world of your story. 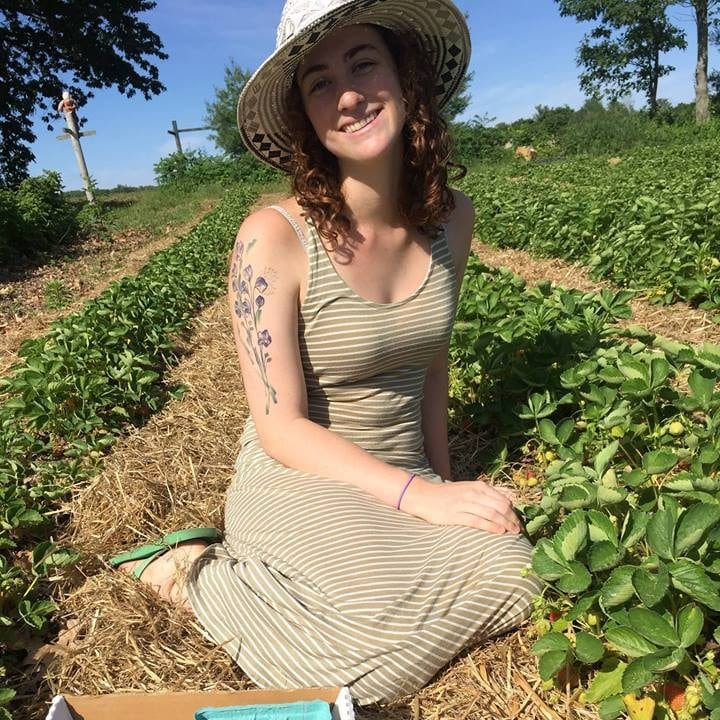 "Daniel truly has a gift. He’s one of the most patient and encouraging teachers I’ve had. He gives the type of feedback that energizes rather than discourages, the kind that makes you feel like you can rebuild your novel—and rebuild it stronger."

Pay for the course over four months

a month for 4 months

Pay for the course once

You are fully protected by my 100% Satisfaction-Guarantee. If you don't find the course valuable, just let me know within 30 days, and I'll send you a prompt refund. It's a no-questions-asked guarantee: I won't even ask you why you want your money back!

"Daniel respected my work and vision on a profound level but also had a keen editorial eye and a stroke of literary genius that took everything I’d written to the next level.

Is it weird that I think of him as my literary midwife?"

- Tawni Waters, I.L.A. award-winning author of Beauty of the Broken, The Long Ride Home, Siren Song and So Speak the Stars.

Creator of Plotting and Planning Your Novel

I've given lectures on plot at the AWP conference and other writing festivals around the US, and my work has been read at the Iowa Writers Workshop. My fiction has won the Hodges prize, the Toni Brown scholarship, and I've published short stories and essays in many journals. In my regular life, I teach advanced writing skills at a great university.

Since I started teaching online, I've worked with hundreds of writers as a coach and teacher. Over two-thousand writers subscriber to my newsletter, "Writing Related."

I'm currently working with a publisher on a novel set in Taiwan: it involves unhappy English teachers and a ghost.

How long do I have access to the course?

When does the course begin?

The course is in pre-sale and new lessons are being published every week. You'll get access to every improvement and expansion.

What if I'm really busy?

I know the feeling! The introductory course guide gives you a "quick start summary," showing busy people how to get started on their novel after only an hour of training sessions. You can then watch the rest of the short, focused videos whenever you have a moment.

Is the course suitable for every genre of novel?

I have tested these techniques with authors working in YA fantasy, literary fiction, supernatural mysteries, crime, and light-hearted adventure. However, I'm not an expert on children's literature. This course may also not be ideal for truly experimental novels: the course assumes that you are attempting to grab your reader's attention, and earn their loyalty, with a character and a forward-moving plot (even if that plot is low-key and subtle).

What if I'm writing a memoir?

This course is designed to help novel writers. I'm sure you would get a huge amount out of the techniques, especially the ones teaching narrative structure, exposition, and scene design, but it might feel frustrating to constantly hear me talk about "novels" in the videos. However, the course comes with a money-back guarantee, so it might well be worth joining us and seeing if it's worth it! Memoirists have taken my courses in the past and have gained a lot from them.

I'm a really good writer. Can you teach me anything new?

Yes. I've studied with award-winning, remarkable novelists and editors, and I've read extensively in narrative form and theory. Plus I'm simply a good teacher. Some people are naturally good at jumping or running. Some people are naturally good looking. I don't have any of those skills, sadly -- but I am very good at teaching, coaching, and editing fiction. It's odd talent, maybe, but I'm glad to have it.

Ask for a refund: I have a no-questions-asked 30-day refund policy.

This is not specifically intended to be a course on sci fi or fantasy world-building. However, if you have a world in mind, but are struggling turning it into a good story, this is the perfect process to go through. You'll be able to infuse your invented setting with a dynamic and sympathetic cast of characters; you'll figure out how to deliver your world-building in an exciting, engaging way. For many fantasy writers, these techniques become the missing link that turns their setting into a real story.

I do want to buy the course, but I've got a lot going on this month.

Buy it and start when your schedule looks better! Once you join the course, you'll have access to it forever. The full course will cost $197.

What if I'm writing a quiet, introspective, or "literary" novel? Can you help me?

This course can really help you. Please give it a try! The character-based plot works really well with "quieter" storylines: the significance comes from the events' impact on the characters, not whether you have car chases or giant swords.

"He’s legitimately an expert who has unique and helpful information to share. His content is original and genuine and worth paying for."